Langford is a popular actress who has previously enjoyed acclaim for her role as Hannah Baker on 13 Reasons Why, another Netflix series.

Langford was born in Perth, Western Australia, Australia, and raised in Applecross, a riverside suburb of Perth. She is the eldest daughter of Elizabeth Langford (née Green), a pediatrician, and Stephen Langford, a flying doctor and director of medical services at the Royal Flying Doctor Service Western Operations. She has a younger sister, Josephine Langford, who is also an actress.

Langford began voice lessons in 2005, and received classical, jazz, and contemporary vocal training. She was offered a place at Perth Modern School for her senior high years, where she studied music and drama, and was sports captain and a nationally ranked swimmer. 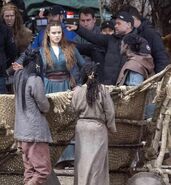 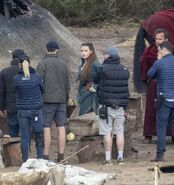